Leading Architect Discusses How Office and Residential are Colliding

The Financial Industry Means Business With the Return to the Office

Are Office Leases Really Getting Shorter? 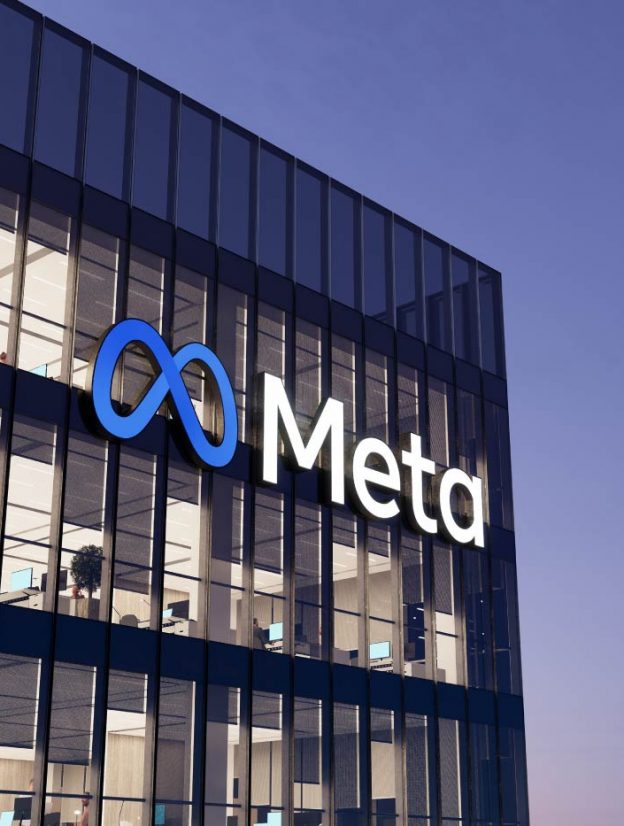 What Does Meta’s Recent Office Downsizing Say About the Market?

The news of Meta, Facebook’s parent company, terminating a lease at 225 Park Avenue South in Manhattan spread quickly. The tech giant announced earlier this month that it will leave behind 200,000 square feet of office space at the building, and it was the type of office-apocalypse headline that makes for great real estate clickbait. It’s also office real estate news that’s ripe for confirmation bias. If you think remote work is here to stay and the office is dying, it’s easy to point to a story like this to prove your point.

The real story about Meta’s office strategy is more nuanced. The company is indeed making moves to downsize its footprint strategically but Meta spokesperson Jamila Reeves said the firm is committed to New York and anchoring its office investments there, but it’s focused on making “balanced investments to support our most strategic long-term priorities.” The statement is corporate jargon for Meta is tempering its approach to office space after years of binging on millions of square feet in expansions.

Over the summer, Meta backed out of a 300,000-square-foot office expansion at Vornado Realty Trust’s 770 Broadway in Manhattan. The company also shelved plans to build out its Hudson Yards space in July. According to some reports, all these moves are just the beginning of a new effort to scale down on office investments and possibly let some leases expire. John Tenanes, Meta’s VP of Global Facilities and Real Estate, said, “We’re creating a smaller venue, and for the same amount of folks, but it’s a smaller venue, and we’re hoping that really drives a life in the building: more energy, more activity.”

Meta has a very flexible policy regarding remote and hybrid work, and Tenanes said their offices are about half-full right now. Pre-pandemic, Meta’s offices were usually around 75 percent occupied. The company hasn’t given specific details about what cities or offices will be affected or how many square feet of space they’re looking to cut. Easy targets probably include offices it has leased and hasn’t moved into yet or spaces where build-outs are still in progress. Overall, Meta’s office footprint nationwide is enormous, encompassing millions of square feet, though we couldn’t find the exact number. The company has offices in North America, South America, Europe, the Middle East, Africa, and the Asia Pacific. In North America, Meta has offices in at least 50 cities, from Atlanta to Dallas to Austin, Texas, to its headquarters in Silicon Valley.

A company in trouble

Meta’s recent about-face regarding office investments comes after years of aggressively acquiring new space. Like most of the tech industry, Meta was a major driver of new office leases, and that strategy continued even during the pandemic years of 2020 and 2021. But while many tech firms are dialing back on office space, it’s reasonable to ask if Meta’s new office strategy is more about the struggling office market or the company itself.

The weakening economy has led to layoffs throughout the tech industry, and Meta executives have reportedly directed managers to put at least 15 percent of workers on performance improvement plans. This move could affect about 12,000 employees. Meta has claimed layoffs will be the last resort, but this would be a neat trick to do them without calling them layoffs. Meta has also instituted a hiring freeze like other big tech firms, such as Google, who appear to be bracing themselves for the economic downturn.

None of this is that surprising, considering more companies, tech and otherwise, are laying people off. But Meta’s problems go deeper than that. The company posted a second-quarter loss of $2.81 billion in its Facebook Reality Labs division, which is its metaverse and augmented/virtual reality operations. In the first quarter of 2022, Meta lost $2.96 billion from the division. Despite the enormous losses, CEO Mark Zuckerberg said the company plans to continue to invest heavily in his metaverse dream, which could mean losing “significant” amounts of cash on the project in the next 3 to 5 years.

By all accounts, Meta appears to be a company in trouble. Facebook’s active daily users in the fourth quarter of 2021 declined for the first time in the firm’s history. Facebook lost only 500,000 to 1 million users and still has about 1.93 billion daily active users, which is huge considering a global population of 8 billion. But the stagnant user count means the social media giant’s popularity may have peaked. Younger generations are more interested in TikTok, there are fewer global markets to grow into, and more people are concerned about the platform’s privacy and tracking policies.

That could explain Zuckerberg’s obsession with the metaverse . If Facebook is no longer an engine for growth, expanding into the next big thing makes sense. But not many people seem very excited about the metaverse, more people seem confused or even dismissive about it. And if the tech-utopian project fails, Meta could sink with it. The company announced billions in losses from building the metaverse earlier this year, and as soon as stock markets opened, the value of Meta’s stock plummeted more than 26 percent. In one afternoon, it decimated about $240 billion of the company’s worth, the most significant one-day loss of value ever in U.S. corporate history.

The point of dragging up Meta’s troubles is this: the company’s downsizing of office space may have less to do with the office market and more to do with a company that’s trying to save money in any way possible (besides the enormous sums it’s sinking into the metaverse). If Zuckerberg wants to spend billions on the metaverse and the company has a relaxed remote work policy, it makes perfect sense to downsize its already-large office portfolio.

Another factor in Meta’s office downsizing is that the firm’s aggressive office expansions in recent years mean it has plenty of excess space to cut. Meta took on too much office space, and now they’re dialing back. This isn’t unique to Meta, either. Because of remote and hybrid work, there have been plenty of other announcements of occupiers “trimming the fat” in their office portfolios. And the popularity of remote work and the difficulty of getting employees in the office offer an easy reason to cut extra space. “If Goldman Sachs and JPMorgan can’t get bankers back into the office full-time, no one can,” said Ashkahn Pajoohi, an NYU Schack Institute of Real Estate professor.

The reality is the glut of office space in the American market has been decades in the making, according to an insightful Wall Street Journal report from earlier this year. U.S. developers have built too many office towers for years because of generous federal tax breaks, low-interest rates, and inflated demand from startups. Landlords have also not torn down or converted old, partially occupied offices to other uses. The result is that there are plenty of older, under-used offices on the market right now that could soon be in big trouble if they’re not already.

Hoteling is the New Hot-Desking

Most companies have been sitting on excess office space. Leasing extra office space is standard for occupiers as they try to align their space needs with the business cycle. Larger companies like Meta typically have the most excess space, so they’ll be the ones who cut the most. Meta’s remote work policy is also very generous for workers, and the company takes its remote policy further than most. Even top executives are spread out and working from all over the world, including Zuckerberg, who works from his high-tech compound in Hawaii frequently. But like other tech firms such as Twitter, Meta adjusts rank-and-file worker salaries to the cost of living in the area where employees work and live. “Companies are getting smart about this,” Pajoohi said. It’s another way for firms like Meta to save money. In other words, employees can’t make a Silicon Valley salary while living in South Dakota.

For firms like Meta, calculating the need for office space isn’t as simple as it was pre-pandemic when it was just about “putting butts in seats.” Companies are getting smarter about how they use and consume office space, tailoring it to fit their needs. Every occupier is different in how they approach space needs. Pajoohi said he knows of one company that keeps some office space as “experience centers” for employee retreats every 6 to 8 weeks. The company relies mainly on remote work, but they at least hang on to some office space for the occasional get-together.

How Companies Are Calculating Their Office Space Needs

It’s tempting to look at Meta’s office downsizing as a portent that the office is dead, but there’s more to the story. Many large companies are sitting on tons of excess space and will likely cut some soon. But there are outliers, too. Google continues to add space at a rapid clip (for now), having just bought the Thompson Center in Chicago over the summer for $105 million. Financial firms like Goldman Sachs and JPMorgan are also big believers in the office and continue to add space and push for a robust return to the office.

But tech companies like Meta may not be the most desirable tenants for office owners at this stage. Many tech firms are relying heavily on remote work and leaning into it big time, such as Airbnb, which has shed tons of office space and moved closer to a full-time remote work model. Everyone says it’s nearly impossible to get computer programmers into an office right now, which may be good for programmers for now but not in the long run. Once tech firms figure out how to outsource programming jobs outside the U.S., they’ll probably do it as another cost-savings measure.

The story about Meta’s office downsizing is a combination of several factors, so let’s not resort to clickbait headlines that use it as an example of the death of the office. Meta is a company facing serious issues, including losing billions of dollars every quarter on a risky metaverse project that may be a huge bust. The company is also bracing itself for a recession and will potentially lay off thousands of workers, so fewer employees will naturally mean a need for less office space for the time being.

What Meta does have in common with many office occupiers is that it’s trimming the extra weight in its office portfolio after years of gobbling up space. That’s one trend that office owners can expect, especially if we fall into a recession. Big companies like Meta have been hungry for office space for many years, but we’re entering leaner economic times, and they don’t have piles of cash to burn through anymore. Add the popularity of remote work to that, and it could mean we’ll see more headlines about companies like Meta terminating office leases soon. The office may not be dead, but it’s getting smaller.