Ending Internet Dead Zones Could Be a Boon For Real Estate 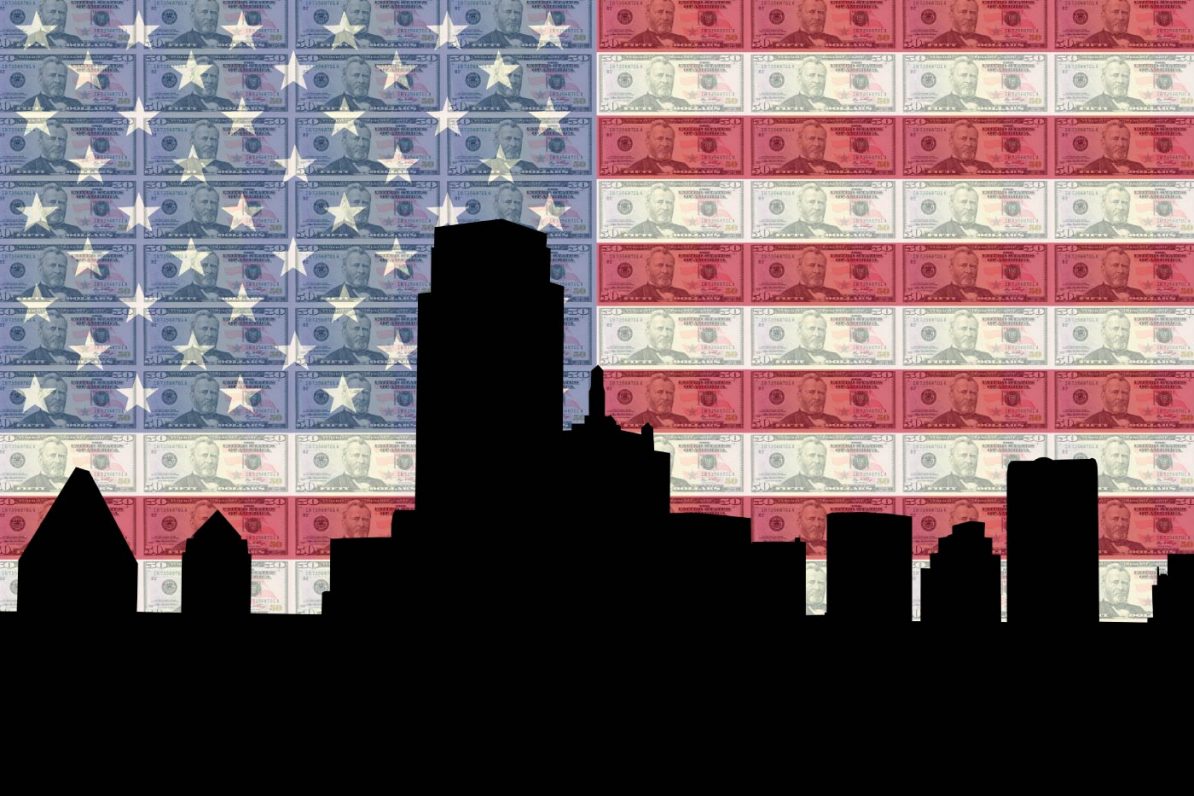 While the dollar won’t get you as much in the U.S. these days, in most other places in the world, a dollar can buy more than ever. As a result of the Federal Reserve’s hawkish stance on interest rates due to continued inflation, overseas markets in turmoil due to the war in Ukraine, and Europe’s energy crisis, the U.S. dollar is stronger than it’s been in decades compared to many other currencies in the world. That can mean a lot of things for the commercial real estate market, perhaps most notably when it comes to foreign investment. But while the strong dollar bodes well for stateside investors looking at global markets, there are downsides too. The major push to bring more manufacturing back to the U.S. could be pressured, rising cap rates could lead to falling property values, and U.S. investors who earn profits from overseas investments may see revenues fall as the dollar rises in value. “It’s a decidedly double-edged sword in the current environment,” said NYU Clinical Assistant Professor Tim Savage, who teaches at the Schack Institute of Real Estate.

The value of the U.S. dollar has risen sharply since May 2021 and is up 17.1 percent this year as of mid-October, the highest it’s been in 20 years. Meanwhile, foreign currencies like the Euro, British Pound, and Japanese Yen have plummeted in value over the last year. Savage pointed to two independent effects happening due to the rise in value: the direct impact of the stronger dollar and the 10-year interest rates, which are also rising. Both have an effect on cap rates because as the dollar rises, cap rates rise. There’s a lot of pressure on cap rates right now, which is generally something the commercial real estate community doesn’t like because it implies the value of a property has fallen. Given the environment, it’s imperative that owners and investors focus on growing NOI, which mainly means figuring out ways to cut expenses.

In his previous role as an economist and data scientist at CBRE, Savage worked on a study that looked at environmental effects on cap rates. He found that for every 100 basis point increase in the U.S. treasury, cap rates rise about 50 basis points. He’s seen a 350 basis point move in the 30-year treasury since the depths of the pandemic. That factor, combined with the value of the dollar and the Fed’s announcement that it won’t engage in any more asset purchases, suggests there is upward pressure on cap rates, something he expects will continue for at least a year, if not longer. “Absent a very rapid resolution in Ukraine, I just don’t see anything changing over the next year,” Savage said.

The dollar’s strength could have a negative impact on foreign investment in U.S. cities, especially secondary cities. Gateway cities like New York City, San Francisco, and Chicago tend to fare better in uncertain economic times, as they are viewed as less sensitive to things like interest rate movements and the value of the dollar than markets like Miami, Austin, and Nashville, which are considered secondary markets to foreign investors. “In aggregate, we might see a slight decline in overall investments, but it would disproportionately affect secondary commercial real estate markets in the U.S. in a way it won’t affect places like New York,” Savage said.

Another potential impact of the dollar’s current strength is the effect it will have on one of the nation’s biggest initiatives: bringing back manufacturing . So far, it’s been going well, with the White House making big investments in the sector, notably in biomanufacturing and biotech, where it will allocate $1 billion over the next five years to help grow the sector. But the strength of the U.S. dollar relative to foreign currencies means international goods are cheaper to import. While Savage believes the strong dollar could help accelerate the country’s manufacturing rebound, some domestic manufacturers have reported declining sales as a result of the stronger dollar. “It has a debilitating effect on U.S. companies,” the president of the Reshoring Initiative, Harry Moser, told the Wall Street Journal.

On the upside is the underlying macroeconomics putting upward pressure on the dollar. Foreign investors want to invest in the U.S. because of the perception that they will get higher returns than in their own domestic markets. That, combined with the Federal Reserve tightening monetary policy faster than central banks in Europe and Japan, applies further upward pressure. Basically, the dollar’s value is rising because people want to invest in the U.S. “The joke is we are the least dirty shirt in the hamper,” Savage told me. “By which I mean much of Europe is in recession, and if I had to hazard a guess, Japan is in a recession. But we are not, so there is interest in investing in the U.S.”

Despite the potential downside in revenue, favorable exchange rates in Europe and Japan at the moment make it a great time to invest in real estate, and that advantage doesn’t look to be going away anytime soon. The relatively strong performance of the U.S. economy, tightened monetary policy by the Fed, and the continued view of the U.S. as a safe haven for real estate will keep the dollar strong for the foreseeable future. “American capital has a lot of firepower in global markets,” said CBRE’s Global Chief Economist Richard Barkham.

U.S. real estate investors and firms are increasingly making plays in Europe and Asia, especially in logistics and multifamily, two of the hottest real estate sectors in recent years. London has drawn the bulk of European investment from North American commercial real estate companies, according to a recent CBRE report on global capital real estate flows. In the first half of 2022, nearly $4 billion was pumped into the major European city, almost double the amount invested from the same time period last year. Additionally, the German cities of Hamburg, Berlin, Dusseldorf, and Frankfurt received one-fifth of North American investments in Europe during the same period. Asia has also been a magnet for North American investors, particularly Singapore, where investments skyrocketed 817 percent year-over-year to $978 million.

Can Real Estate Investors Count on Student Housing To Protect Them From a Recession?

Internet giant Google led the way at the beginning of the year when it acquired a London office building for $1 billion, adding to its already planned $1 billion office development project nearby. Greystar, the largest multifamily property management company in the U.S., has been on an investment streak in Europe so far this year. The company announced a final close of its fund focused on European residential assets in July, with $1.55 billion raised. Greystar is using the fund to acquire and develop high-quality multifamily assets in major cities of Europe, including student housing and workforce housing properties. Greystar’s Wes Fuller said in a statement that the fund follows the model of the firm’s value-add strategy in the U.S. multifamily market. Houston-based Hines has been making big investments in Asia lately through its flagship core-plus fund, Hines Asia Property Partners (HAPP). Hines’ Chris Hughes, who leads the company’s capital markets group, said markets in Asia are experiencing “tremendous growth,” with a lot of future potential for office development.

While the strength of the dollar is expected to continue for at least the next year, many predictions about a recession, interest rates, and property prices could affect the timeline of its staying power. Geopolitical tensions could also make an impact. “It’s a very complex macro environment. If Putin deploys a nuclear weapon, who knows,” NYU’s Savage said. The strength of the dollar is also putting pressure on emerging markets, and if one ends up going bust, it’s anyone’s guess what will happen. There’s also concern from economists about debt burdens in developing countries, where debt is borrowed in dollars but repaid in local currency, so as the dollar rises, so does the debt burden.

Despite the downsides, it’s still a very good time to invest in foreign markets, especially in Europe and Asia. Major U.S.-based commercial real estate firms have continued to raise funds and expand their portfolios overseas. With the strong dollar expected to continue for some time, it looks like investors won’t be changing those plans anytime soon.